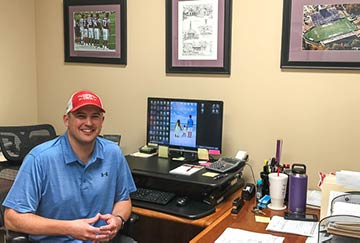 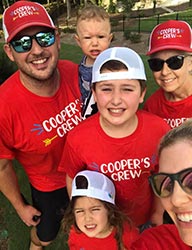 John is the numbers guy here at Renegade Steel Buildings.  While most of our customers interface with one of the sales/project managers here, John is involved with every job behind the scenes.  From processing order deposits to auditing each job as it goes through the process from engineering to fabrication, John is methodical in accounting for everything involved in each job where money is involved.  When your building has delivered, he is also the person that can provide a lien waiver showing your obligations to Renegade have been satisfied.

John studied business administration while in college at Furman University.  He also played football for the Furman University Paladins.  During his tenure on the team, he rose to be the team captain.  Renegade is his second job since graduation, having worked in the steel building industry throughout his professional career.  His attention to detail has been a great asset in his role as Controller and Operations Manager here at Renegade.

In his personal life, he is a dedicated husband and father of three.  Most of his after work time is devoted to each of his kids in their endeavors.  He is currently the coach for his son's football team.  His daughter has him wrapped around her little finger and his youngest is almost 2 years old.

John and his family choose to support the Williams-Syndrome Association.  This year, their annual walk for Williams became a virtual walk and their team "Cooper's Crew" was the top fundraiser in the nation.

Call, email or fill out our quick quote form to get started working on your building today.
Get your Quick Quote