Renegade Steel Buildings is a premier supplier of Tennessee steel buildings.  We supply buildings all over the state from Mephis (the hometown of Elvis) to Nashville (Music City), all the way to the beautiful East Tennessee Mountains.

The building code requirements vary across the state due to the different geographic regions which dictate wind and snow loads.  There are even some additional considerations due to the New Madrid and East Tennessee seismic zones.  We have a database that provides the wind and snow load for your zip code, but, as always, we recommend that you confirm those with your local building permit office.

Below is just a short list of cities our Tennessee Steel Buildings are located in.  We have provided buildings for a variety of uses such as commercial, retail, industrial, as well as residential.  Contact us today to get started on your next pre-engineered steel building project. 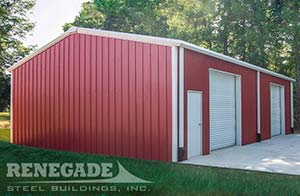 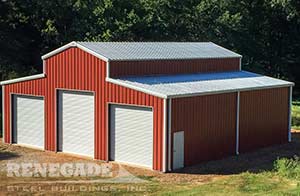 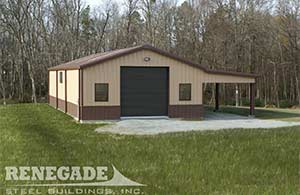 As you can see from the buildings above, we can supply a metal building for a wide range of applications.

Why choose Renegade for your Tennessee Steel building?

With over 50 combined years of experience in the Tennessee Steel Building industry, we are able to help you navigate through the process of designing your building and completing your purchase.  Check out our team to learn more about the folks here at Renegade Steel Buildings.

We are a low pressure group of professional project managers.  We want to talk to you to make sure we get everything the way you want it on your quote.  After that, you drive the ship.  Tell us to call back in a couple of weeks or a couple of months, we are happy to oblige.  We don't care when you buy, we just want to earn your business when your ready.  Learn more about the buying process.

Quality, value and service are an important part of our business.  We only sell quality USA red iron steel buildings with standard features that other companies charge for as options. We communicate with you throughout the process so you know when your building will arrive.

We would love the opportunity to add you to our list of satisfied metal building customers!

We look forward to discussing your Tennessee Steel Building needs!
Give us a call at 877-363-4233 or fill out our quick quote form.

Get your quick quote 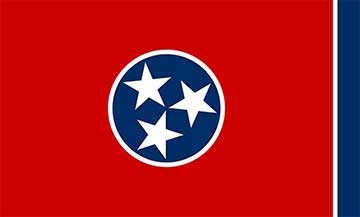 Tennessee is known as the "Volunteer state" due to the number of volunteers responding to the death of Davy Crockett at the battle of the Alamo.  The call for 2,500 volunteers resulted in 30,000 from Tennessee alone.

Divided into 6 regions, the state goes from an elevation of 6,643' at Clingmans Dome in the Smoky Mountains to 178' at the Mississippi river.  Another interesting fact is that Tennessee is home to the largest number of caves in the US with over 10,000 documented.

Nashville is the largest city and state capital as well as being the home of country music.  Head west to Memphis and you will find another city with deep seeded in music history.  To the east, cities like Knoxville and Chattanooga round out the largest cities by population.

Tennessee is also home to one of the most visited parks in the US.  The Smoky Mountains National Park sees over 11 million visitors annually offering scenic views and variety of activities. 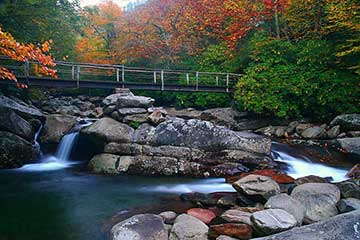